We’re not just Parsley and Thyme……..

Kim Hurst, from The Cottage Herbery, on some of the more unusual herbs that they grow. - 22 May 2015

Why do we herb growers attend something called a Rare Plant Fair you might ask? Well it’s because we do grow a number of hard to find unusual edible plants besides the large quantities of Parsley & Thyme. We find edible plants hugely interesting especially if they are also decorative and can be used in the flower border as well as the veg patch.

Musing over what to include in this piece, which will coincide with our stalls appearance at High Glanau, a garden that show cases beautiful long herbaceous borders, panoramic views and what we covet an enviable partially walled kitchen garden.

Although this particular setting would steer me towards maybe Artichokes, Cardoons & Bronze Fennel unusual, different and exotic is more to my thinking, after all we’re heading for early Summer so this calls for edibles to complement the season.

A hardy herbaceous perennial flowering from early July through to August. The plant is self-fertile. Preferring moisture retentive soil, semi-shade to sun. Grow from seed sown fresh in late summer early autumn for the best results or leave to self-seed. The trifoliate leaves deepen in colour as the plant matures, the flowers are tiny but in multiples so look like a delicate pink mist clinging to the stems of the plant. We grow it in both the Flower border & Herb garden. 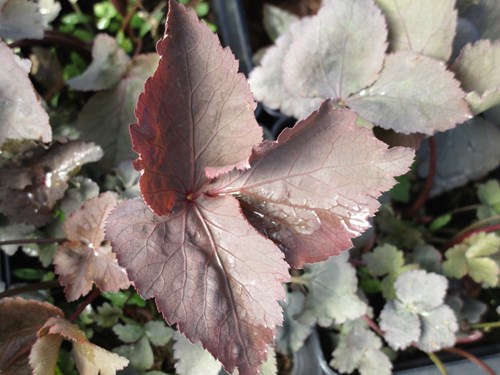 Korean Celery at first sight looks very similar to angelica but then you taste it and it’s very obviously not! Strong celery with bite is how it was described to us and that’s very much what it is. A rare umbellifera from Ullung Island off Korea in the Sea of Japan via a well known plantsman/seedsman to Cottage Herbery.

Hardy perennial growing to a 1 metre plus high, we have yet to see it flower so await this event with interest. It seems to thrive in a cold climate producing useful leaves as early as mid March. Seeds can be sown early autumn in a cold greenhouse or spring time.  Harvest leaves & stalks for soups, salads & to add to stir fry. 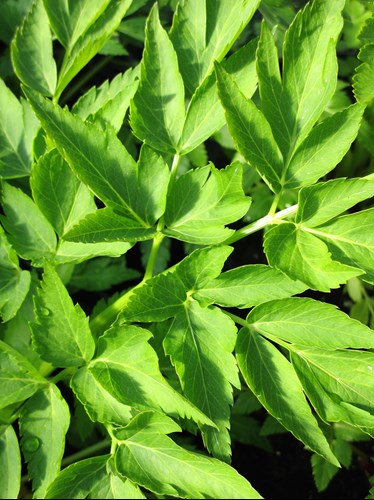 Wasabi’s family includes our own horseradish, mustards and watercress all pungent with a known ‘kick’ of flavour & heat. A native to Japan that grows in the wild usually by mountain streams, Wasabia japonica is known to have been in cultivation since the 10th century, not only being used as a condiment but also as a medicinal herb. What appears to be a root is in fact a buried stem, a rhizome. The plants need to mature before the rhizomes can be harvested to make the famous oh so hot green paste. Young leaves & flower buds can be used in salads they are mild compared to the rhizome.

A hardy perennial, wasabi prefers a moisture retentive, wet soil in semi-shade, does not tolerate direct sunlight, it can also be grown in gently flowing water. Pot grown plants can be very successful if you follow a few rules, never let them dry out, water with rain water & liquid feed or pot on before the plants show signs of nutrient deficiency. 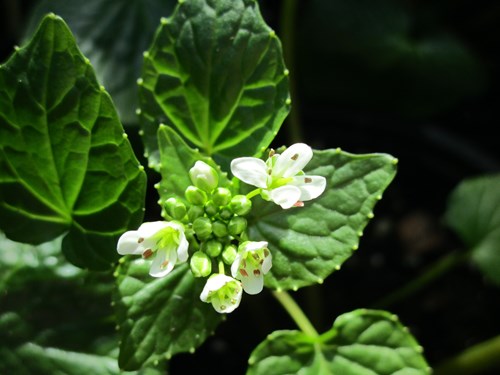 Red Hot Water Pepper/ Azebu-tade. This attractive decorative glossy leaved edible Persicaria is a frost tender perennial usually grown from cuttings but its worth while gathering seed each year, produced from the diminutive sprays of pink floral scented flowers. Best sown fresh from the plant to guarantee maximum germination, under glass as they like to be kept warm. As it name suggests the leaves are hot with a highly pungent flavour used in numerous Japanese dishes.

The plants, which in a good warm season can grow from a cutting into a 20 litre pot in size producing numerous very strong flavoured narrow pointed leaves. These leaves are added at the end of a dish before serving never cook them. They are especially good in coconut milk based dishes, spring rolls & Asian salads. Often teamed with Lemon grass & hot chillies for that authentic flavour. 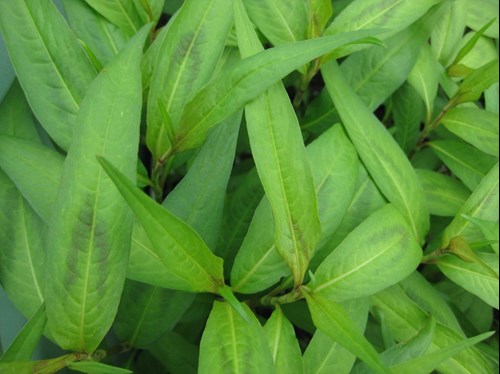 Earth Chestnut , Great Pig Nut, Black Cumin. Hardy perennial, grown from fresh seeds sown immediately they are ripe in the autumn and best grown outdoors. Fluctuation of temperature encourages germination with seedlings appearing in the spring. Otherwise by division of the mature plants in early springtime, will self seed if conditions are conducive.

The plant has attractive umbels of white lacy flowers (June/July) on slender stalks with fine edible parsley like foliage, a worthy addition in the flower border. The dried seeds known as ‘Black Cumin’ are a favoured culinary spice by northern Indian, Pakistan, Bangladesh, Afghanistan, Tajikistan and Iranian cuisines.

The names Earth Chestnut & Great Pig Nut refer to the sweet nutty tubers the plant produces in large clusters, plant a number of plants to give you plenty to eat while leaving enough to ensure that the plants continue to thrive. 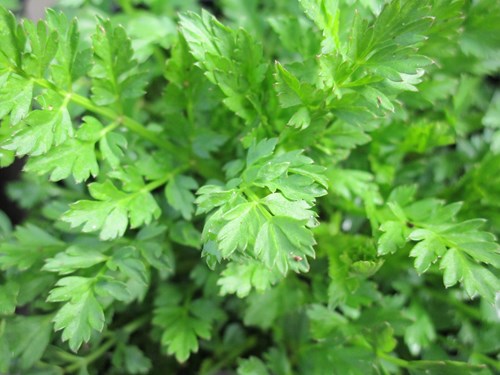 Some of our more unusual edibles can be challenging but isn’t that what growing’s all about. Maybe next time we’ll talk about Mints (the Mentha family); there’s a 100 plus mentioned in the Plant Finder alone,  there’s Ginger, Grapefruit, Lime, Orange or maybe the new Strawberry……… 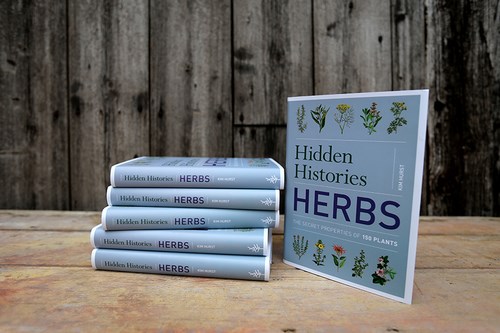 We’re not just Parsley and Thyme