Gary Leaver, Head Gardener at Hill Close Gardens and Nursery, on the project to save and restore their unique gardens. - 21 July 2017

Hill Close Gardens is one of only four surviving detached Victorian leisure gardens in the UK and is the only fully restored example open to the public. Leisure gardens were common on the outskirts of many towns in the 19th century and were used by merchants and tradesmen, who generally lived in rooms above their shops, which had only back yards rather than gardens. Having your own garden gave opportunities for privacy and relaxation and provided apples, plums, pears and soft fruit as well as a wide range of vegetables from carrots to asparagus. Livestock such as pigs, hens and bees would have been common and each garden reflected the individuality of its owner. 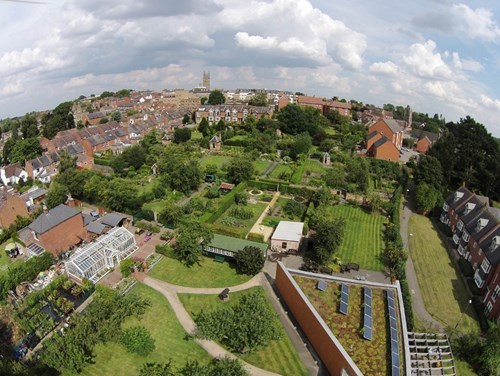 After the Second World War the gardens gradually became derelict and overgrown, and the brick summerhouses (or pavilions) that dated from the late 1860s and 1870s had fallen into disrepair.  Between 1980 and 1990 Warwick District Council bought up each plot and designated the area for residential housing, but opposition from local residents and other groups eventually resulted in the Grade II listing of four of the remaining summerhouses by English Heritage and the gardens were added to the Register of Parks and Gardens of Special Interest. The gardens may have been saved from development but it took volunteers another 10 years to bring the site back into cultivation, discovering 60 different varieties of heritage apple and pear trees in the process. 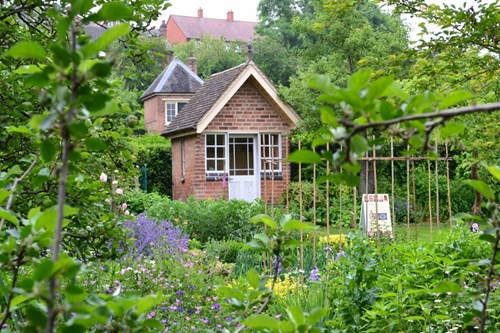 In 2000 a Charitable Trust was formed and was granted a 30-year lease at a peppercorn rent from Warwick District Council. In 2006 a £1million restoration of the Gardens was undertaken with Lottery Funding, rebuilding the remaining summerhouses and restoring the historic layout of paths and boundaries with archive maps. A new visitor centre and glasshouse were built and in 2007 the Gardens were re-opened to the public, allowing them to experience the tranquillity and horticulture which had existed more than one hundred and forty years previously. They provide opportunities for relaxation and enjoyment as well as a resource for education, research and horticulture. 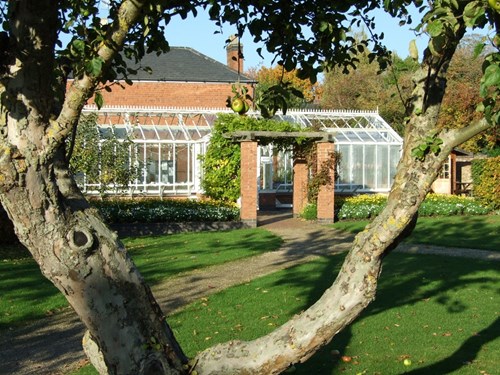 An onsite nursery was set up in 2009 to provide visitors with the opportunity to purchase plants grown by volunteers and to supplement the income of the gardens. The involvement of the local Plant Heritage Group in the early restoration period had led to the gardens containing many unusual varieties, and many of these are now propagated and made available to the public. The gardens contain a large number of Michaelmas daisies as well as over 140 varieties of snowdrop and part of the dispersed National Collection of Hardy Chrysanthemum (shared with Norwell Nurseries and Judy Barker). We even have our own variety of Michaelmas daisy, Symphyotricum ‘Hill Close Blue'. 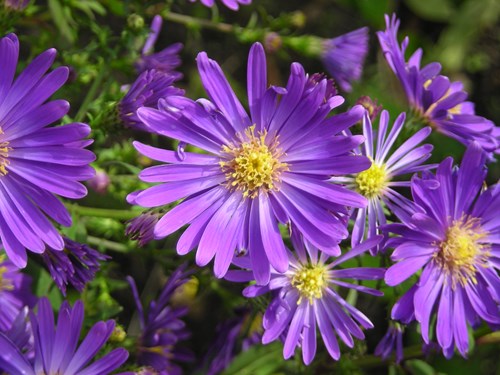 The gardens and nursery are open every day throughout the summer and weekdays during the winter period. Throughout the year there a series of special events which reflect different aspects of the gardens, some horticultural, others historical and educational. Highlights of the year include the Snowdrop Weekend in February and the Apple Day in October. 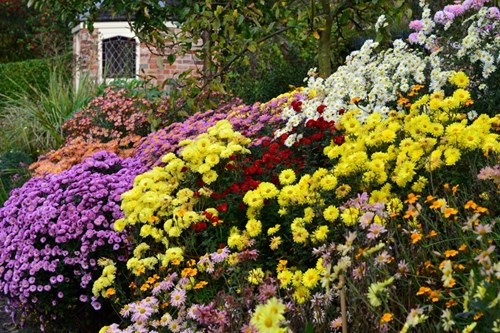