In the second of his articles this year, Gordon Link of The Gobbett Nursery selects the best of this popular and sought after genus. - 02 June 2017

Dierama are otherwise known as angel’s fishing rods or wand flowers, and with over 40 species and numerous hybrids they have become very popular in the last few years. These beautiful members of the Iris family are a little more exacting in their requirements than many perennials, but a little extra effort is well worthwhile.

They will generally thrive in a moisture retentive free draining soil, good drainage during the winter but copious amounts of water are required during the growing season. If planted in full sun, in a position out of the strongest winds they should be hardy in all but the very coldest parts of the U.K.

With their graceful wand like stems of flowers swaying in the breeze they look great in any border, raised bed, by a path or against a pond, but definitely not in a pond. We also have some here growing in large tubs, but make sure they have sufficient depth. 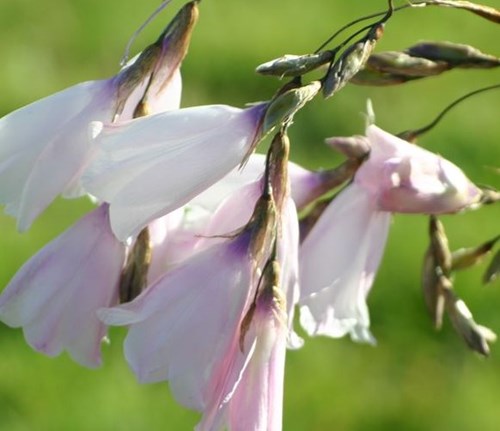 Propagation is usually by seed which are produced in large amounts on well-established plants. If Dieramas really like the conditions in your garden self-sown seedlings will spring up readily; otherwise collected or purchased seed can be sown in a seed tray in gentle heat in spring. Germination usually takes 3 – 4 weeks.

Named hybrids need to be vegetatively propagated which will require pulling off part of the existing plant. Divisions can often sulk for a couple of years before growing away. Seed raised plants can flower in as little as two years but three to five is more normal. Patience is a must when growing these beautiful plants.

Some people occasionally comment “they don’t get any flowers”, if that is the case try a high potash feed and copious amounts of water in the growing season.

These are some varieties we have grown on the nursery: 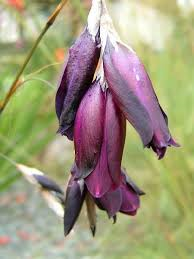 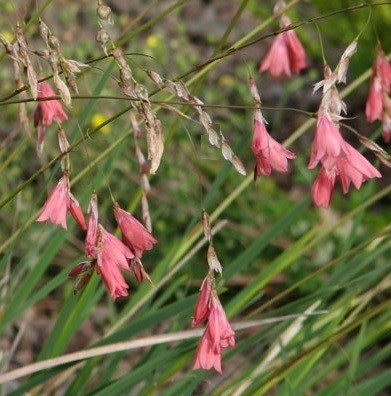 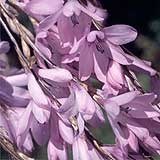 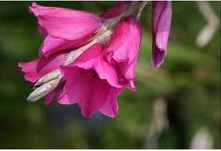 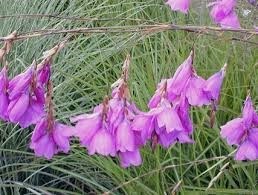 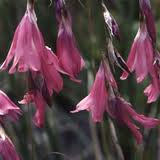 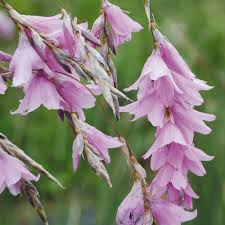 As most plants are raised from seed, there can be a slight variation in colour, as Dierama flowers are very attractive to bees & they cross pollinate very easily.

Most plants flower from June through to August. The wand-like stems look good planted amongst grasses, Iris, Crocosmia, etc.