It is always difficult when someone asks you to pick your favourite plants, as we find it changes constantly, depending on the time of year. We have chosen some of our favourite perennials for the late summer, which we find always perform well, and produce good colour at this point in the season.

Our first choice is Astrantia major ‘Gill Richardson’, which is a beautiful deep red form of this classic favourite garden plant. We feel it is one of the strongest growers of the dark red strains. After its first flowering in late spring, cut out any spent flower spikes, and this will encourage the plant to produce a second flush of flower in late summer. Any of the Astrantia varieties dislike very hot and dry conditions, so perform best in a partly shaded spot, with humus-rich soil. They will tolerate sunnier positions, provided that the soil is moist. 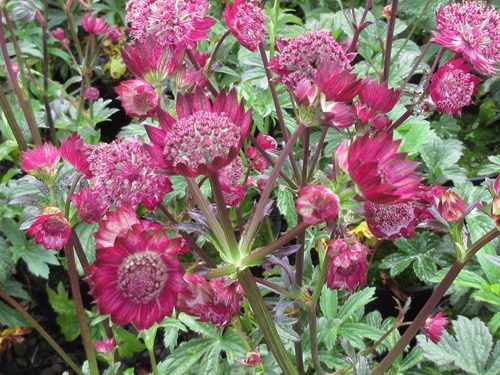 Echinacea are also a good choice for late summer interest, and there are a wide range of flower colours available. They are best in a sunny position, with free-draining soil, as they struggle with too much winter wet. There has been a lot of breeding of new Echinacea varieties over recent years, and some forms are much stronger and more reliable than others. Echinacea 'SunSeeker's Orange' is one of our favourites. We have found it to be consistently winter hardy, and it produces masses of deep orange-red flowers on dark stems, on a compact plant. 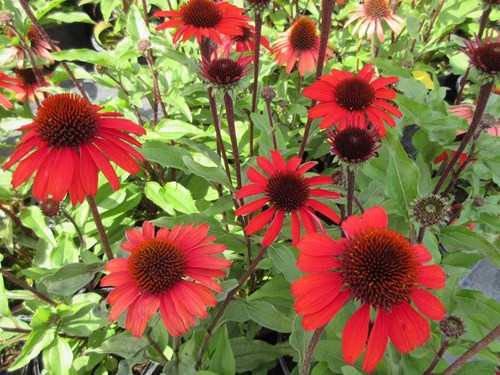 Many people will be familiar with Erigeron karvinskianus, with its profusion of small pink and white daisy flowers, but there is also a fairly new introduction called ‘Lavender Lady’. This has slightly larger, pale lavender flowers, which are still produced in abundance throughout the summer, and into the autumn, on low, spreading plants. As with the species, it is best in full sun, with well-drained soil, and is also well-suited to pots, rockeries, or tumbling over the edge of a wall. 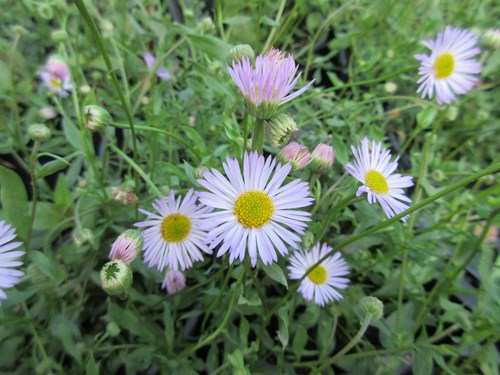 We also love Linaria ‘Dial Park’ and Linaria ‘Peachy’, which produce many tall, upright stems of small, snapdragon-like flowers all summer, and into the autumn. ‘Dial Park’ is pale lilac-pink and ‘Peachy’ is pale lemon yellow, heavily flushed with peachy-pink. 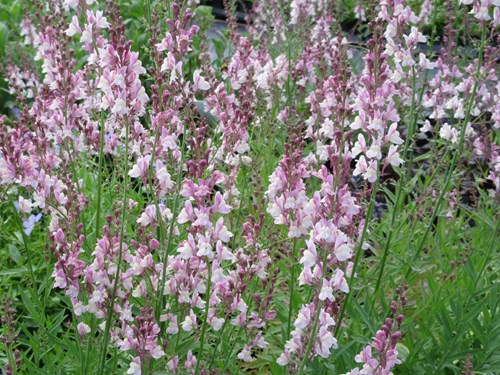 Both varieties have slightly larger flowers and growth habit than the more common Linaria purpurea, and make a good addition to the middle of a sunny, well-drained border. 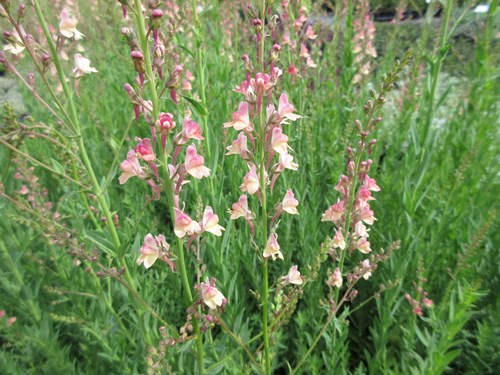 Lobelia x speciosa 'Hadspen Purple' was introduced in the 1990s by the late Nori Pope, of Hadspen House garden in Somerset, but we feel it is still one of the best and hardiest Lobelia varieties available. Its tall flower spikes are a rich, deep purple, and make a striking addition to a late summer border. They grow best in full sun, and a moist soil is essential. 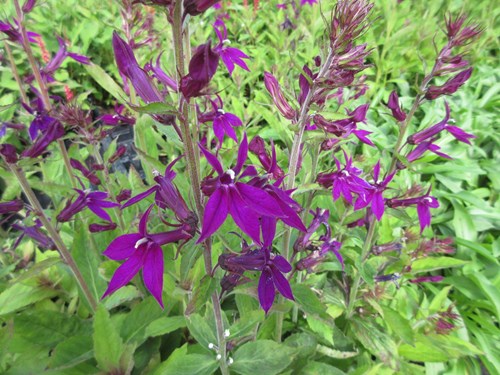 Another recent introduction that we value is Lychnis flos-cuculi ‘Petit Henri’. It is a form of ragged robin, with pure white, frilly, double flowers, held in massed sprays on tall stems. It requires sun or part shade, and a moist soil. Its main flowering time is in early summer, but if the flowering stems are cut back when they have finished, the plant will reliably produce a second flush in late summer or early autumn. We have also found that it lasts well as a cut flower. 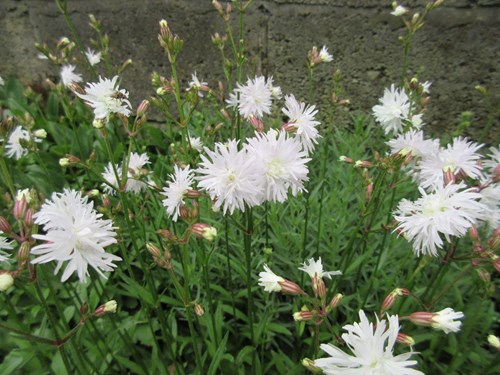 Lysimachia 'Candela' is an excellent choice for late summer and autumn colour. It gives many tall spikes of tiny white flowers, over a long period, before producing wonderful, rich orange-red autumn foliage colour. We have found it to be very hardy, and the leaf rosettes that first emerge in spring are also very attractive. It is happy in sun or partial shade, in any reasonably moist soil. 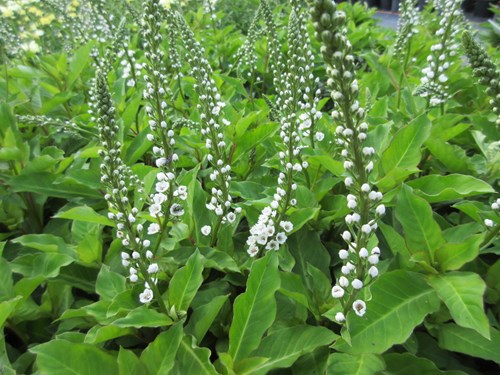 And finally, we have chosen Penstemon heterophyllus ‘Jeanette’, which has an abundance of small, pure white, tubular flowers throughout summer. It is not widely available, but we have found it to be one of the hardier varieties, given a well-drained soil, in sun or partial shade. As with all Penstemon, it is best not to prune heavily in the autumn, instead waiting until the first new growth emerges in spring before cutting back to the basal shoots. 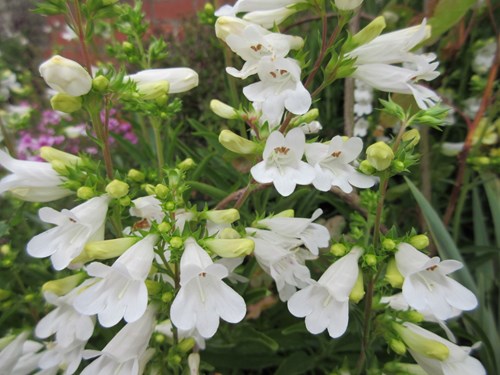 Tortworth Plants, based near Wootton-under-Edge in Gloucestershire, is owned and run by Tim Hancock and Rebecca Flint. They are keen plantspeople, with a passion for horticulture. The nursery produces a range of more unusual alpines and herbaceous perennials, while still stocking a good selection of classic favourite garden plants.