Rebecca Pocock, from Pocock's Roses, with advice for growing roses without fuss and drama - 17 June 2016

Roses hold a special place in people's hearts; they may complain about thorns, and say they don't like them, but even they can't resist sticking their noses in and having a little smile!

Growing roses hit a peak of popularity in the 1960s and 1970s and in those days people would be out  spraying them, nurturing them and generally annihilating everything and anything that may be slightly detrimental to the well-being of their rose bushes. Nowadays, the modern rose grower adopts a different approach, using nature rather than abusing it.  Modern rose varieties are much healthier than the older varieties and if chosen with care, pruned and fed regularly, are much less likely to get blackspot. However, if you have blackspot-prone varieties, prune and feed regularly, then in Feb/March mulch heavily with manure, garden compost or leaf mould to prevent overwintering spore in the soil re-infecting the plant in spring. 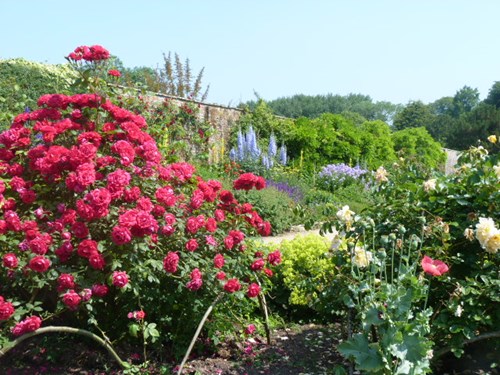 Roses in the gardens at Waterperry

At Pococks Roses, we don't use fungicides in our rose fields. Instead, we use foliar feeds, such as Uncle Tom's Rose Tonic and SB Growth Invigorator, which work by thickening up the leaf and making it more resistant to fungal attack. We also try to avoid insecticides, having found that if we ignore small populations of aphids,  we will get a whole host of beneficial insects and garden birds eating them - so it's less work for you and free meals for your ladybirds, sparrows and blue tits. 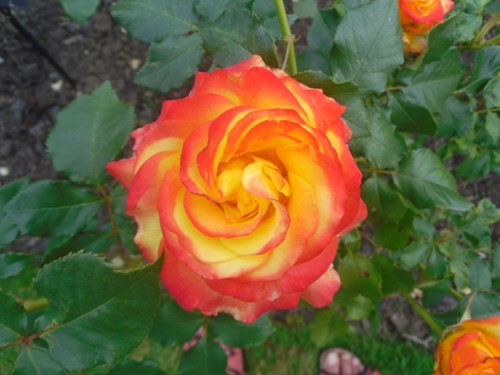 Even pruning has been simplified. The general rule being that if it repeat flowers and is not a climber/rambler, just cut them back to about one-third of their original height. Don't worry about looking for an outward-facing bud as quite often it dies back to an inward-facing bud!

The main message is that roses are easy but the culture of them has been complicated by so-called 'experts. If you prune hard and feed generously, you will have beautiful, fragrant roses for months on end and be able to enjoy them rather than being a slave to them.

Rebecca and Stewart Pocock own and run Pocock's Roses, based in Hampshire.