Colin Moat, from Pineview Plants, on his passion for these wonderful shade loving plants - 27 May 2018

It’s always quite interesting when putting together a piece like this to hark back to when you first became attracted to the plant you are writing about. It happened probably more than 20 years ago at a plant fair, and I was wowed by seeing a fabulous display offered by Europa Nursery (then based in London but shortly moved to Devon, and, I believe, closed their nursery). Shortly after that I visited another plant fair in Beervelde, Belgium and discovered Koen van Poucke and his incredible collection after which I was hooked. (Editor's note: see what can happen at plant fairs!)

The attractions for me are many, there is a delicacy and daintiness to their flowers held pendulous on their incredibly thin stems, hence their common names of ‘Fairy Wings’ and ‘Bishops Hat’ (their other common name of ‘Barrenwort’ and ‘Horny Goat Weed’ alludes to their centuries long use in Chinese medicine, and I’ll leave you to explore that on google!). This flower power would probably be enough on its own, but when it is combined with many wonderful types and colours of foliage, a general gardening robustness, a tolerance, even a requirement for shade  then I knew I had met a plant I wanted to explore further. The additional bonus is that it is an ideal companion for so many other woodland plants, acting as a highlight and a foil, in equal measures. 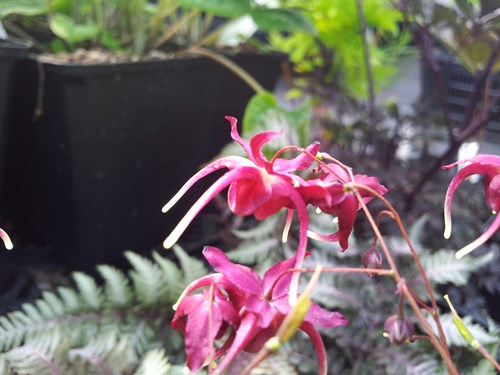 They seem to be enjoying a resurgence in popularity, which follows the exploits of plant explorers like Darrel Probst from USA and Mikinori Ogisui from Japan finding new species in China and Asia, in previous decades. These they have bred (and cross bred) and then been distributed and the additional skills of our own Robin White, Elizabeth Strangman and Dr Julian Sutton (and in France Thierry Delabroye and Belgium Koen van Poucke) amongst many others, have increased these, and produced many additional hybrids too, some of which are outstanding garden plants. 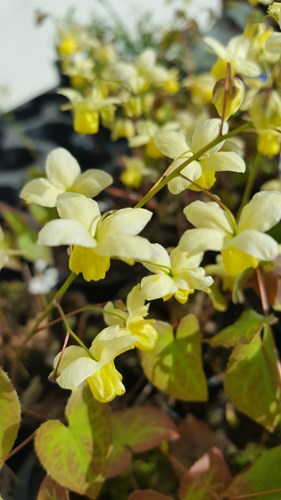 I think it is fair to say that the usual description of some of the older garden varieties, like E. pinnatum subsp. colchicum is that they are good ‘groundcover’ which is like being damned by faint praise. It is a really robust variety, useful in dry shade, which offers outstanding foliage. To get the best display shear off the old foliage in February, and you will then enjoy their sprays of yellow flowers followed by excellent patterned foliage, and they are great weed suppressant too. In fact, one of my favourites, E. x. versicolor ‘Cupreum’ which could fall into that ‘groundcover’ category is an outstanding plant with its combination of lemon and peach flowers and very attractive foliage. 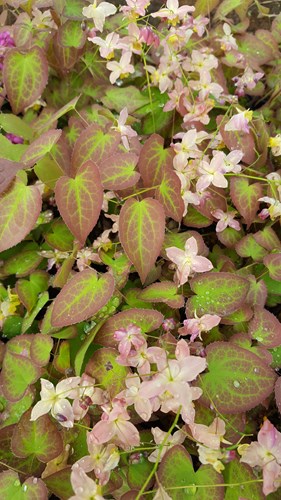 What is new in the modern varieties is the ability to use them as specimen plants. A specimen like E. ‘Pink Champagne’ with its two tone light and dark pink flower backed by its very attractive reddish-bronze leaf, with maroon speckling, which ages to green with brick red speckles, looks fabulous skirting the base of Solomon’s Seal, Polygonatum x hybridum. Alternatively, you could combine E. ‘Flowers of Sulphur’ with its early chalky yellow flower and pale green leaves, with the Welsh Poppy (Papaver cambricum), or, silky soft Bowles Golden Grass, Millium effusum aureum, with the outstanding E. ‘Amber Queen’, whose flowering stems can reach a metre long. Combining any of them with early showing ferns also provides a winning combination. 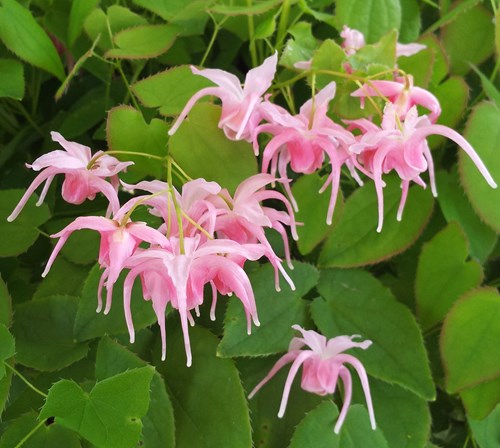 Another word of caution is that, whilst the new varieties in general are wonderful, do a bit of research first as they are not all as happy in the classic dry shade that is normally recommended. The Chinese species and their hybrids, seem to favour a bit more moisture and repay the adding of compost, or soil improver, when planting. 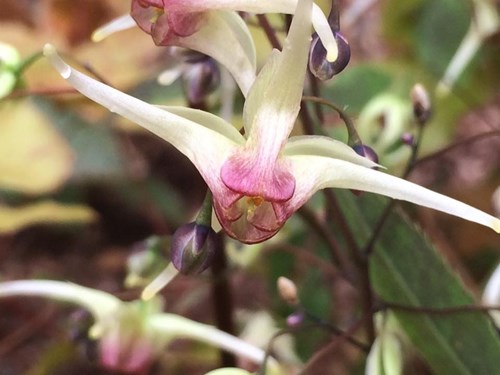 Some of the other varieties that are my favourites other than mentioned above and in my view are worth seeking out are: 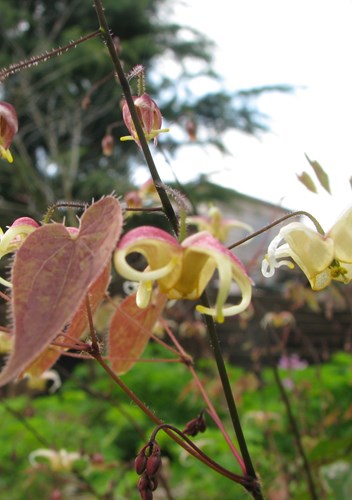 Epimedium 'Sam Taylor’ - our own introduction