Gordon Link, from The Gobbett Nursery, on these fantastic Spring shrubs, which are a speciality of his nursery. - 02 April 2015

Lilacs, or Syringa, are a widely grown range of trees and shrubs admired as much for their exquisite fragrance as for the beautiful profusion of flowers they produce each spring.  Most gardeners would recognise the common lilac (Syringa vulgaris) in its many colour forms. But trying to get hold of anything but the most commonly grown cultivars can be a real challenge. The average garden centre will at best stock maybe half a dozen cultivars if they have any at all.

There has supposedly been over 2000 varieties of lilac bred during the last 200 years or so. Lilac breeding in the 19th and early 20th century mainly took place in Europe, especially France. But more recently it has switched to the U.S.A. and Russia. We have in fact the father & son Victor and Emile Lemoine of Nancy France to thank for the breeding and introduction of over 200 varieties of common lilac. Several of their varieties are still among the best cultivars available today. Another lilac breeder of great repute was Leonid Kolesnikov from Russia, he bred many fantastic lilacs including probably the finest lilac ever produced ‘Krasavitsa Moskvy’. Many of his cultivars are only just being introduced into the west, in fact I have only seen a handful myself. 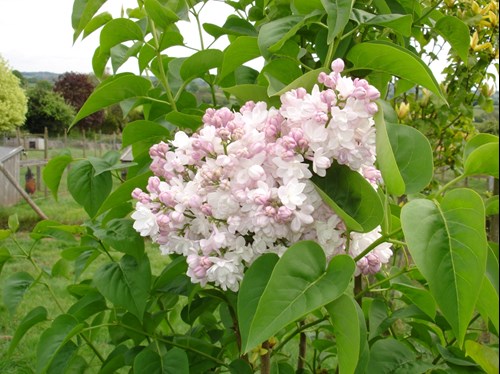 Cultivation of lilacs is fairly straightforward. They will enjoy any reasonable soil (not waterlogged) and as much sun as you can give them. If you garden on an acid soil, a handful or two of lime would be appreciated. Remember if lilacs will grow throughout Canada and Russia they will be more than hardy in the U.K. If your lilac gets too big, don’t be frightened to give it a good prune after flowering. They can be pruned hard by about a third every year. To rejuvenate older plants they can be pruned to about 60cm.

On the nursery we currently have about a 100 varieties, including the common lilac (Syringa vulgaris), dwarf varieties and a few of the species lilacs and their hybrids. Only two species of lilac originated in Europe; the aforementioned Syringa vulgaris and Syringa josikaea from Hungary. There are over 20 Syringa species from Asia, most originating from China, Korea and Japan.

Many of the species are never seen except in arboretums. The exceptions are hybrids of the dwarf species such as Syringa laciniata, Syringa meyeri, Syringa macrophylla and Syringa pubesens, which have given us more compact lilacs suitable where space is limited or they can be grown in a pot.  The most widely known of these, Syringa meyeri ‘Palibin’ only grows to about 3 – 4 feet in height single violet pink flowers and a good perfume. Another good more recent variety is ‘Red Pixie’ which grows to a similar height, also has pink flowers but is red in bud. Another dwarf variety is ‘Josee’, again pink but often reblooms late in the summer, whilst Syringa patula 'Miss Kim' grows a little bit taller with single blue flowers, flowering  a week or two later than the other dwarf cultivars. 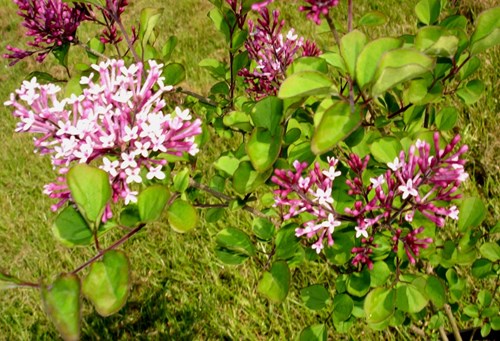 If you can accommodate a six footer, try the reblooming Syringa microphylla ‘Superba’ and get a succession of pink blooms. One of my favourites is Syringa x persica (the Persian lilac) with lovely single purple flowers, or try the slower growing  Syringa x persica ‘Alba’ (absolutely gorgeous). Another rare beauty is a form of the Rouen lilac Syringa x chinensis ‘Bicolour’, white flowers with a distinct purple eye. Any of the aforementioned varieties would be suitable for growing in a container in an open sunny position.

Of the other species, perhaps the best known are the hybrids of Syringa josikaea x reflexa and Syringa reflexa x villosa, commonly bundled under Preston or Josiflexa lilacs. These 8 –10ft shrubs were nearly all bred in Canada by a Miss Elizabeth Preston in the 1920 / 30s, they bloom a few weeks later than vulgaris hybrids to help extend the lilac season. One of the best of these is Syringa x josiflexa ‘Bellicent’, a very reliable pink flowerer and the first lilac I ever planted in the garden. Other good cultivars are ‘Agnes Smith’  (white) and ‘Royalty’ (blue).  Another species, Syringa sweginzowii is a lilac well worth growing, it has a neat upright habit and grows to about 10ft with pale pink flowers in May/June. 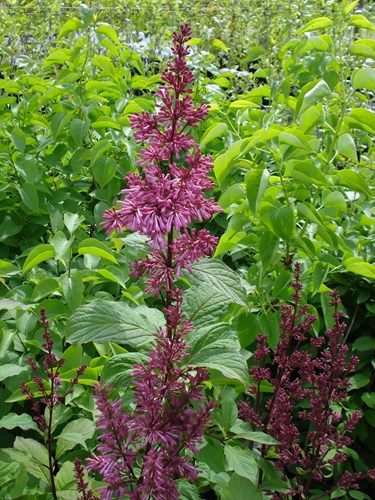 Probably the last lilacs to flower are the so called tree lilacs, Syringa pekinensis and Syringa reticulata; both can reach up to twenty five feet. Syringa oblata from China is not often seen in gardens, but has been crossed with Syringa vulgaris to give us the Syringa x hyacinthiflora hybrids. These large flowered hybrids generally flower 2 – 3 weeks earlier than Syringa vulgaris and help to kick off the lilac season. This cross has led to some outstanding hybrids, all strongly scented. Among the best are ‘Pocahontas’, a deep violet purple; ‘Ester Staley’, with red buds opening to deep pink flowers; ‘Sweetheart’, magenta pink; and ‘Dark Night’, deep purple. 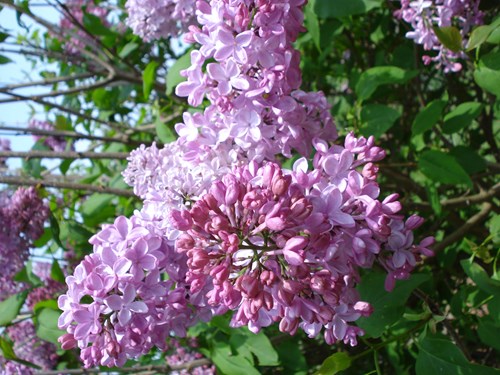 Selections of Syringa vulgaris are the most widely grown and recognised group of lilacs. These can take a year or two to settle down and flower reliably but must be amongst the easiest group of shrubs to grow, as long as you give them a fairly sunny site and soil that doesn’t get waterlogged on a regular basis, they should be very happy. These lilacs have been grouped into seven separate colour groups: white, lavender/violet, blue, lilac, pink, magenta and purple. But it is not always as simple as that, some varieties can have more than one shade or colour in them and some colours fade a little as the age, so it can sometimes be a struggle to put a colour to some varieties. As for fragrance, in general the paler colours usually have the best or strongest fragrance. Time of day and weather conditions can have a big impact on the strength of perfume. Mornings, evenings or just after a rain shower can greatly increase the scent. But there are exceptions to the rule.

As for recommended varieties, I can only comment on the ones I have seen or grown: 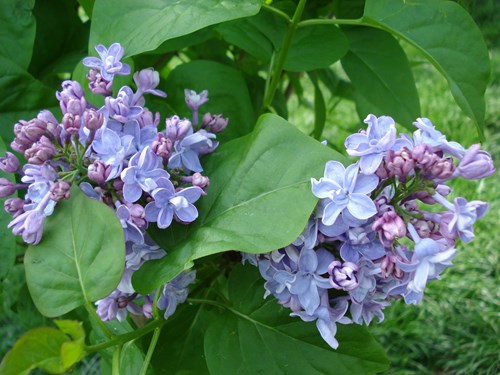 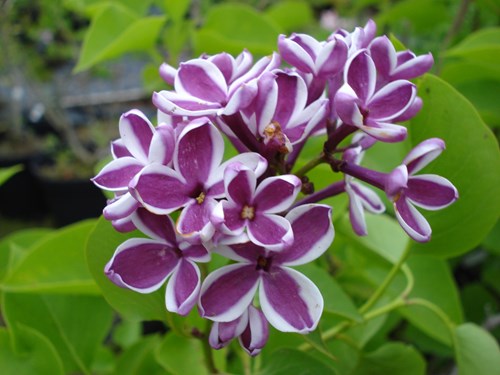 If you would like to view more lilacs or find out more about them there is plenty or information on the website of the international lilac society.  www.internationallilacsociety.org