Demonstrating that garden impact isn't just about flowers, Colin Moat, from Pineview Plants, selects Rodgersia as his 'Plant of the Month' for June. - 02 May 2021

Usually ‘Plant of the Month’ plants are selected as its flowering season is reaching its zenith. However, I’ve always placed foliage high up on the list in terms of desirability and, for me, when Rodgersia come into full leaf is when they are at their most striking. That’s not to say their flowers aren’t interesting, and these range from white, cream, pink and red in open panicles and can double the height of the plant. I could say the flowers aren’t to be sniffed at, but I’d be wrong as some are quite scented. 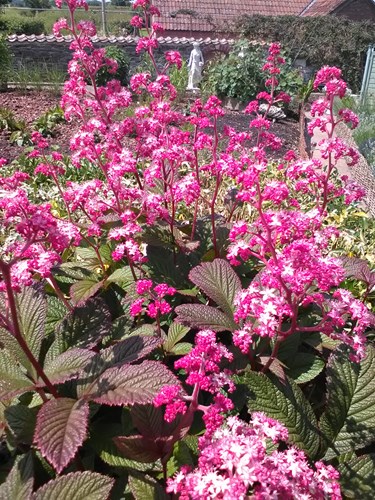 They’re members of the saxifrage family and were discovered by the renowned plant collector Father Armand David in China in 1869. All the five species come from China, Tibet, Nepal, Japan and Korea. Their native habitats are riverbanks or shady moist woodland and, generally, are not keen on drying out. Having said that, the ones growing in my greensand obviously haven’t read the books, as they’ve been growing away happily for the last 10+ years, but in heavy shade. I’m fortunate to live near to Great Comp Gardens (a garden of note in my opinion) where there is a fine stand sandwiched between the side of the house and a gravel car park. This planting situation surely demonstrates they are much tougher than people realise. 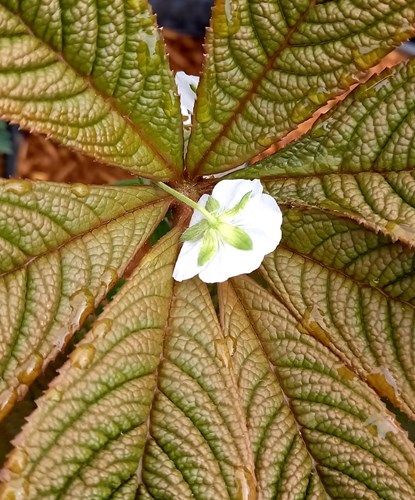 As I’ve mentioned, the reason I love them is for the deep colours and shapes of their quite shiny, and often heavily veined, leaves. The shape does vary between species, but all are architectural and fit well in many situations, from a cottagey shady area through to tropical/exotic gardens. Rodgersia aesculifolia (75cm/2.5ft) has horse-chestnut shaped (pinnate) leaves.

Rodgersia aesculifolia is also believed to be the parent of R. pinnata, the named varieties of which are very attractive. R. p. ‘Superba’ has particularly rich bronze-purple leaves, and flowers a deep shade of red from June through to October

The other commonly found species is R. podophylla (75cm/2.5ft) so named as the palmate leaf is divided into leaflets in the shape of a webbed foot. The leaves start a reddish-purple, ageing green and then a suffusion of reddish tones intensify into almost carmine by autumn. There are a number of excellent named cultivars of both of these species, and they are worth seeking out.

The bonus to this underrated architectural garden hero is, not only doesn’t it mind whether you have acid or alkaline soil, it’s also impervious to predation from slugs and snails! If this is not reason enough to make this fine specimen ‘Plant of the Month’ (with or without flowers), then I don’t know what is. 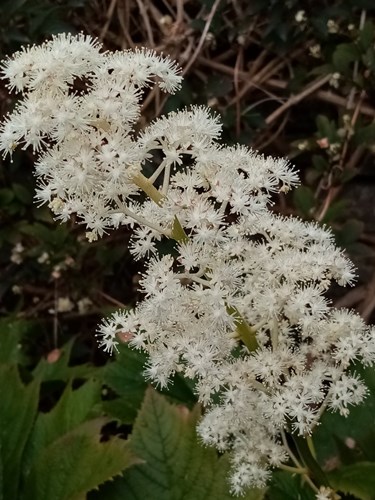 Colin and Cindy Moat own Pineview Plants, based in Kent, where they grow a wide range of herbaceous perennials. They have recently been joined by Lorraine Dunk who is helping the nursery progress. Specialities include shade loving perennials and ferns (which are one of the nursery's passions), Sanguisorba, Thalictrum, Actaea and Roscoea. Colin was part of the 2018 RHS Roundtable for the awarding of AGMs for Epimedium.

Website: www.pineviewplants.co.uk. The nursery is open by appointment, and mail order is available. Please check the website for full details.