Caroline Cox from Springhill Plants with advice and plant selections for your spring borders. - 22 March 2015

Spring is always an uplifting and promising time of year especially after the dreary months following Christmas.  It is not only a time for rebirth and new life in the garden but also an opportunity for thinking ahead to summer and beyond!  I only do minimal tidying up after autumn has passed to leave a framework intact over winter.  This not only helps wildlife but also provides a subtle support for the glorious event of a ‘Hoar Frost’ or a light dusting of snow.  A useful plant in this respect is Sedum spectabile ‘Indian Chief’, which is a strong grower having large, dome shaped, coppery red flowers 60cm high in late summer followed by seed heads that provide interest into early spring.  Other plants superb for this role are grasses, which I think are underused in the mixed border and I could not live without the following in my garden.  Panicum virgatum ‘Squaw’ is a charismatic variety with spectacular red autumnal leaves topped by airy flower panicles reaching 120cm high.  Slightly taller, growing to 150cm, is Calamagrostis brachytricha forming dense clumps of gently arching foliage with sturdy stems carrying lovely pink-purple plumes that fade to silver grey over winter.  I also strongly recommend the many varieties of Miscanthus whose faded silver plumes still look good in early March and can range from petite to tall.  I grow the dwarf forms Miscanthus sinensis ‘Gnome’ (60cm high) and ‘Sioux’ (110cm high), the latter having the added bonus of red tinged foliage which turns rich orange to red in autumn.

There comes a time, however, when all must be cleared away and like any good ‘spring cleaning’ it can be very cathartic.  Judging when to do this depends on the weather but I normally wait until I see the first new shoots of perennials appearing.  In my Oxfordshire garden this is usually between late February and early March.  Once the debris of winter has been cleared it is much easier to see the borders in what I would call a ‘plan’ view.  It is at this stage that I start taking photographs every two weeks or so.  This not only gives you a visual diary of your garden but enables you to plan more easily any changes that need to be made.  Most importantly it will show you where the gaps are.  Having a pictorial record will show just how quickly a garden can transform from bare soil too full-blown growth.  I also find that the photographs are particularly useful when I want to plant spring bulbs in September by which time there is nothing but a sea of foliage in the way and it is all too easy to forget where bulbs are already planted. 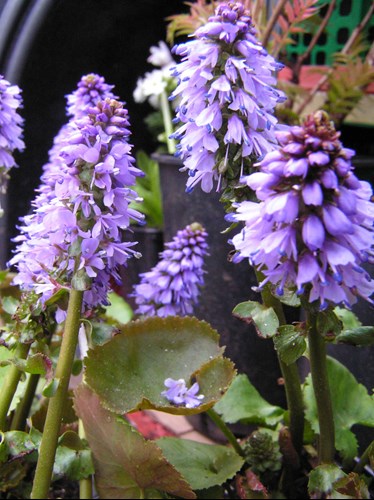 If you find that you do have gaps to fill, why not grow something different and unusual. Synthyris missurica var. stellata creates a delicate impact in woodland plantings in spring.  It has bold kidney-shaped, deep green leaves which are an excellent foil for the many dense 20cm spikes of bell shaped, dark violet-blue flowers which can appear up until the beginning of May.  Alternatively, Asarum splendens (18 cm) and Asarum maximum ‘Silver Panda’ (25 cm) are unusual shade lovers effective either in the border or in a container.  The latter has very unusual clusters of large, white-eyed black trilobate flowers which emerge from February until late April - striking against the evergreen silver-marked foliage. 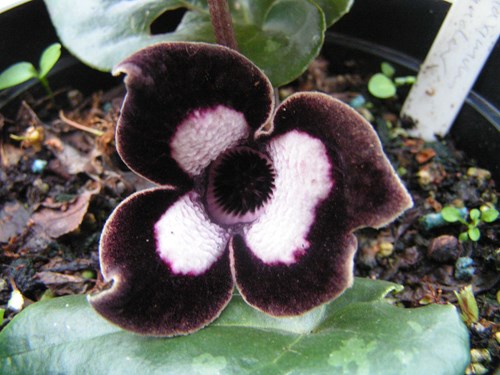 Other perennials to consider for later spring should include the vast group of Epimediums.  One of my favourites is Epimedium ‘Fire Dragon’ (E. davidii x leptorrhizum), a recent hybrid from Robin White’s breeding programme - a 25-30cm high, semi- evergreen perennial with short spikes of pendulous yellow flowers each highlighted by red-pink spurs that contrast well with the bronze new growth.  It can flower from mid-April until June.  If you have a gap for a climber in a sunny or partially shaded spot, why not try Akebia quinata ‘Cream Form’.  It has semi-evergreen foliage (with the new growth flushed bronze), which contrasts well with the vanilla scented cream flowers in spring. Sausage shaped fruits may follow in the autumn.  It is excellent for training up a pergola, trailing up large trees and shrubs or covering an ugly wall. 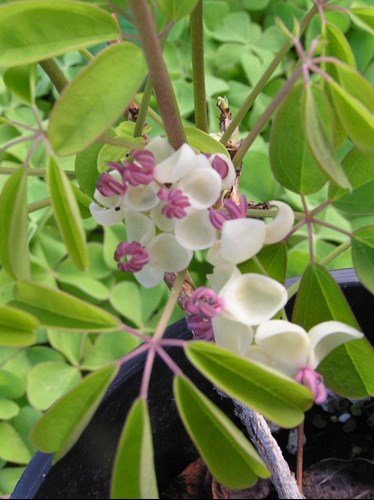 If you are looking for later flowering perennials consider the following that offer both spring and summer interest: Dianthus barbatus ‘Monksilver Black’ (35 cm) is a recent introduction with striking near-black foliage and darkest, velvet red flowers which appear between May and July.  Liriope muscari ‘Okina’ (30 cm) has evergreen foliage with unusual ghostly white new growth which becomes green as the season progresses.  Spikes of muscari-like flowers appear from late summer into the autumn.  Kniphofia caulescens ‘John May’ (80 cm) is excellent for late summer drama with striking grey-green, evergreen foliage and sturdy stems carrying coral flower buds which open to soft yellow. 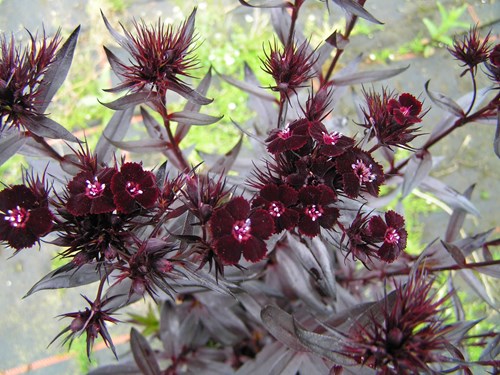 Spring is an inspirational time with a feast of foliage and flower available.  It also provides a window of opportunity to achieve year round interest in your garden.  Seize the opportunity! 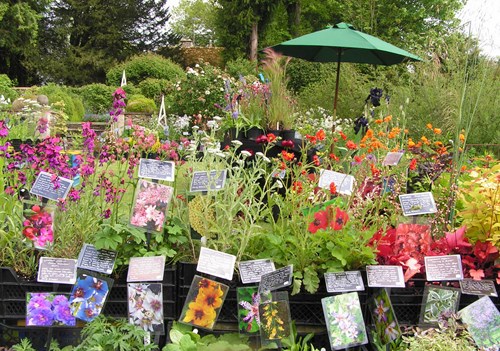 Caroline Cox is the owner of Springhill Plants from Oxfordshire. She grows a wide range of unusual and uncommon perennials and shrubs.