Dan Cartwright, Deputy Head Gardener at Winterbourne House and Garden. with a guided tour of their National Collection of perennial Anthemis. - 11 May 2018

National Collections are vital. Without them untold numbers of cultivars, and the skills required to grow them, would disappear every year as different trends fall in and out of favour with the gardening public and commercial growers cease production of certain plants. Here at Winterbourne, supported by Plant Heritage, we hope to save some of these ‘lost’ varieties and keep them alive for future generations to enjoy. We maintain three National Collections including the winter flowering Iris unguicularis and the colourful cultivars of Aucuba japonica, but in summer it is our National Collection of perennial Anthemis that fills the garden with colour.

Anthemis are yellow, orange and white daisy–like perennials native to Asia and the Mediterranean which flower profusely from June through to August. They grow best in hot and dry conditions which mimic the parched soils of the Mediterranean landscape. A. tinctoria is perhaps the most widely grown. Commonly known as dyers’ chamomile the flowers are steeped in water for several hours before a warm-yellow dye is produced. In 2015, a local guild of spinners and weavers even harvested some of our plants and used the resulting material to dye their own yarn. The National Collection of Anthemis was first established at Winterbourne in the mid-1990s with the aim of cultivating roughly 90 per cent of all commercially available perennial Anthemis species and cultivars. During this time, the collection has been maintained and developed by Anthemis enthusiast, and Winterbourne volunteer, Dr Hugh Wilkie, alongside the wider Winterbourne team. Each year Hugh and the team raise new plants, seek out new varieties, and care for a large display bed in the heart of the garden.

The Anthemis in this main display bed are grown alongside Stipa ichu (and some S. tenuissima which we find seeds too prolifically and are slowly substituting for the better behaved alternative) whilst others are dispersed elsewhere in mixed herbaceous borders throughout the garden. Of course, strong yellow flowering varieties are perfect for combining with cool blues and purples or even hot coloured schemes jostling with reds and oranges. 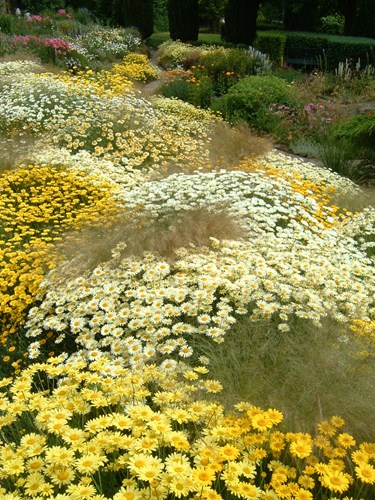 Last year we grew A. tinctoria ‘Kelwayi’ (a reliably good grower producing a mass of golden blooms) beneath some giant yellow sunflowers, tripods of Ipomoea ‘Heavenly Blue’, and interplanted them all with blue flowered lavender. There are silver leaved species too, such as A. punctata ssp. cupaniana, which flower earlier with interesting foliage, and compact forms, such as A. tinctoria ‘E.C. Buxton’, perfect for the front of borders – both have been awarded an AGM by the RHS. 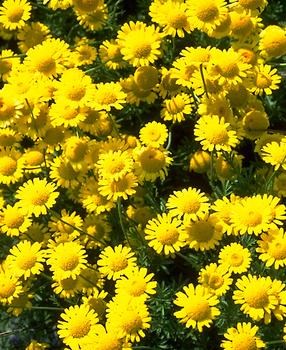 Anthemis can be challenging plants to grow. Although perennial, they can be short-lived (some more so than others) so a constant programme of propagation is required to keep the collection alive. Those with bright orange flowers such as A. sancti-johannis or the recently released A. ‘Orange Dream’ are amongst the most difficult to keep alive for more than one season. Winter poses the most indefatigable challenge; Anthemis hate the long, wet winters to which we are so prone in this part of the world. Dig plenty of grit into your garden soil to help coax them through but be prepared to water heavily in summer when trying to establish newly planted stock. 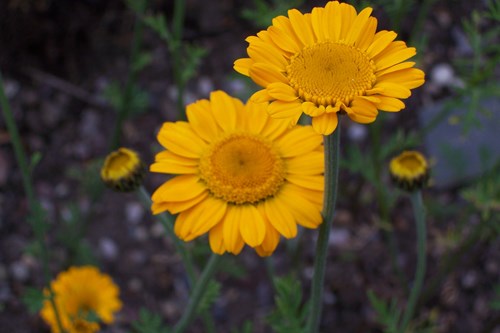 Some cuttings can be taken in spring but by far the best results are achieved by taking basal cuttings in autumn. You must be ruthless and cut plants back hard in September – even if the plants are still flowering. This will promote strong, healthy basal growth giving the plant a fighting chance of surviving a miserable winter and providing plenty of material for propagation. Up until this point, dead-heading is the crucial (and most laborious!) task. Keeping on top of spent flowers will extend the season for several months. Don’t despair if the odd stem is cut at its peak by mistake, they will keep in a posy vase of fresh water for several days in the house. 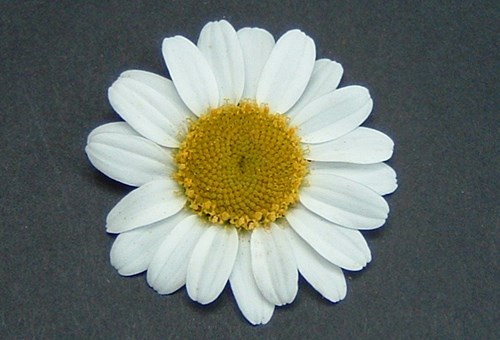 Each year we experiment with different growing techniques and develop the collection. We believe a thin mulch may help us better establish newly planted plants whilst feeding at the right time will encourage stronger roots and healthier growth. Anthemis are also a good candidate for the ‘Chelsea chop’. They are desperate to flower so holding them back will encourage the plant to put up a good show later in the year. Elsewhere, in our Nursery Area we have recently built a new specialist alpine cold-frame and now have room to grow more of the alpine species of Anthemis as well.

Nurseries continue to bring new cultivars to market ensuring that the collection never stands still. We even hope to begin selling our own cultivar this coming year. A. tinctoria ‘Celia’ is an unusually vigorous, upright plant to about 50 cm with cool lemon-yellow petals and a dark brassy centre. 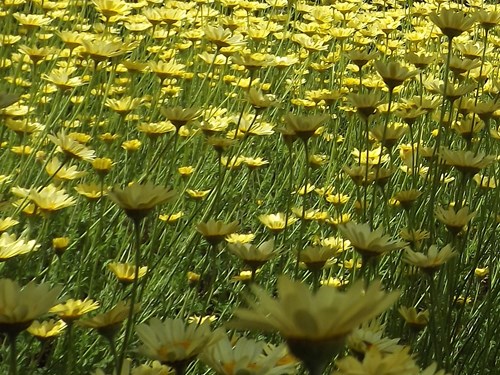 Whatever the variety, the popularity of Anthemis has endured through the many different gardening trends. In fact, the biggest threat to the successful cultivation of Anthemis is not the fickle favour of public taste, but the general trend for winters getting wetter, making National Collections like ours and the work of Plant Heritage increasingly more important.