Gordon Link, from The Gobbett Nursery, on these less familiar members of the Iris family - 27 May 2017

Pacific coast iris are a small group of species from the west coast of North America. The 14 species range from southern California to southwest Washington State. Most are evergreen and range in height from 8 to 24 inches, and are also known as orchid iris. They must be one of the most colourful and striking groups of all the iris species and although I wouldn’t say they are one of the easiest iris to grow they are well worth a little bit of extra effort. 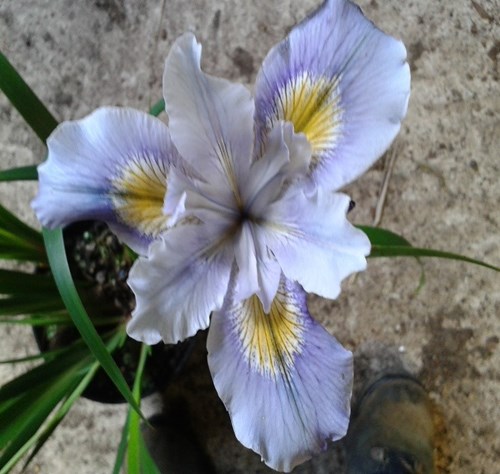 Slightly easier to grow are what’s known as Pacific coast hybrids, these are usually a mixture of various species, as most will cross pollinate easily. The requirements for growing these little beauties are a neutral to acid soil and good drainage with a little dappled shade. They don’t mind winter wet but seem to resent too much moisture in the summer when the plants go dormant. As these plants resent root disturbance it is probably best to start with container grown plants. When they are fully established they can be carefully divided. October to March being the best time and never let the divisions dry out. 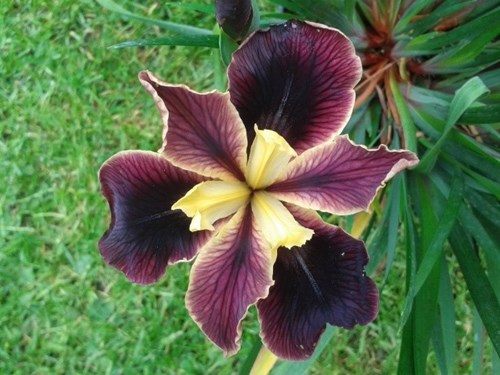 In their native country you can find nurseries listing hundreds of varieties, but because they don’t travel well we find seed raised plants are an easier method of introduction. Being seed raised every plant is slightly different, but some real stunners can be found among them. Colours include blue, white, red, purple, yellow, bronze and many variations including veined, edged and splashes of different shades. The photos in this article are some of our seed-raised plants. While most have been bred in the western states of the U.S, a few have been hybridised in UK, for example by Marjorie Brummitt with her Banbury series of Pacific Coast hybrids., a few of which can still be found in UK nurseries. Another UK breeder is Broadleigh Gardens of Somerset, who occasionally list their range of Broadleigh hybrids on their website. 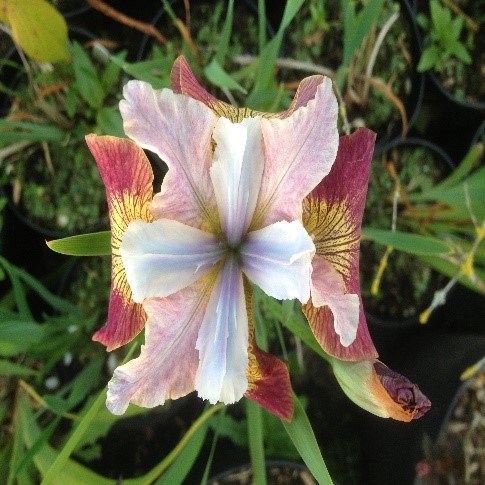 Pacific Coast Iris seed need a period of cool damp conditions to germinate, so either sow them in the autumn and leave them outside to germinate, or sow them in damp vermiculite or perlite and leave them in the fridge for six weeks. Flowering in the UK can start about mid-May and continue for 3 – 4 weeks, and if the bees do their job and you get seeds set. Have a go at raising a few of your own, you won’t be disappointed. Seedlings should be transplanted when they reach 3 – 4 inches and many will flower within two years. 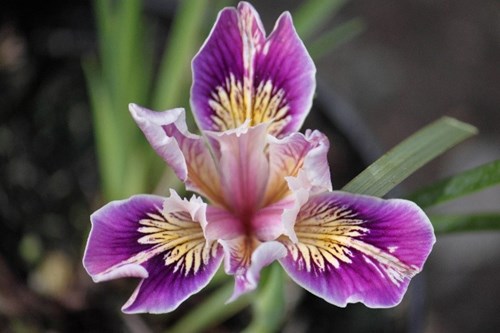