A Whiter Shade of Pale

Charlie Pridham, from Roseland House Nursery in Cornwall, with a great selection of white-flowered climbers (a popular colour choice at his nursery) for interest throughout the year. - 30 April 2021

Of all the colours people ask us for in a climber white seems a perennial favourite. As with most other colours, there are many shades of it, but in truth it is the plant's habit and season that probably matter more when choosing.

For us, here in our garden, the first to make an appearance are the white Clematis montana. We grow two whites, 'Alexander' and 'Wilsonii', which flower in that order. 'Wilsonii' in particular has a very strong scent. Clematis montana also does a good background bank of foliage during the rest of the season and of course they are famous for covering things up (sometimes even when you don't want them too!). Useful to know, therefore, that you can prune them quite hard in June as flowering finishes. 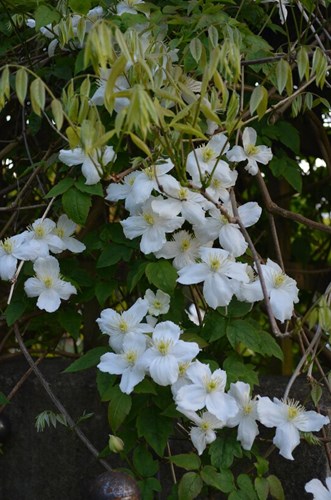 Also flowering early in the year is the white form of Akebia quinata, which we prefer to call cream as its not a pure white. Like all Akebia, it is chocolate-scented, especially on warm evenings, and if there other Akebia nearby it will also produce large edible fruits in the late summer and Autumn. 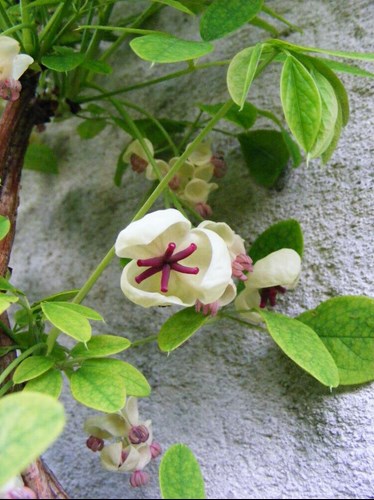 As the year progresses the choice widens,  and it's hard to beat a good rambling rose when its doing its thing. There are a good many whites: some like 'Alberic Barbier' and 'La Perle' are flexible and easy to work with; others like 'Rambling Rector' or 'Bobby James' need space to give their best displays. 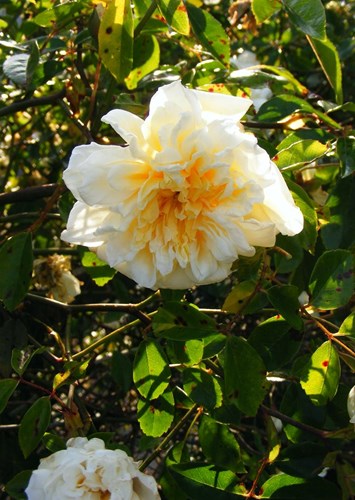 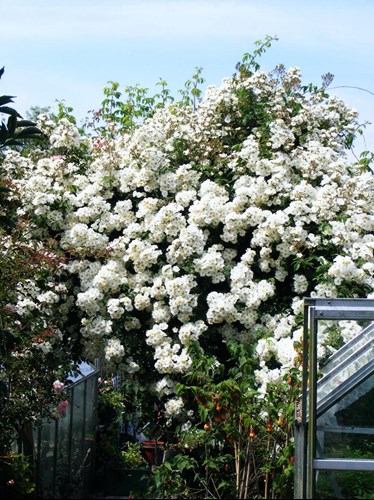 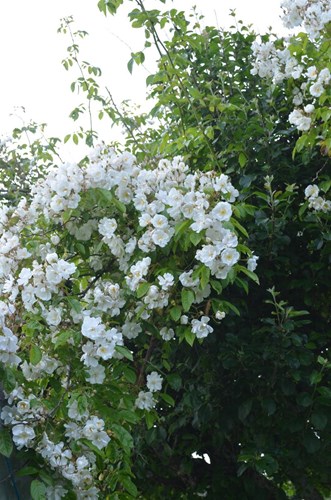 If you are not keen on thorns then the white summer-flowered Clematis will give sheets of flowers: there are lots, but two that will never let you down are 'Alba Luxurians' and 'Huldine'. 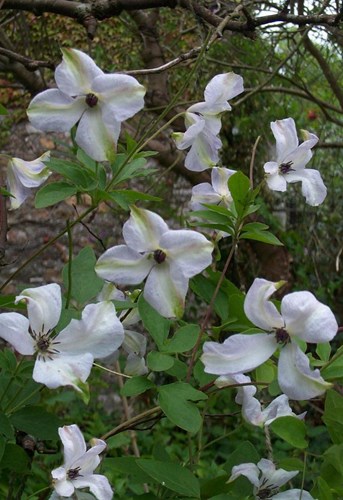 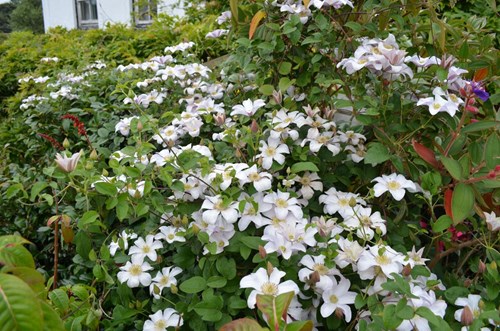 Whilst it is often grown just for its scent the common white Jasmine officinale has attractive white flowers in summer. The form 'Affine' has even larger flowers. 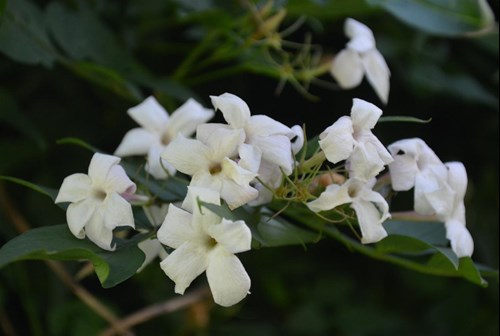 One of the best choices for evergreen and white flowers in summer is the strongly scented Trachelospemum jasminoides 'Majus' which, like the next two suggestions, flowers for a long season. 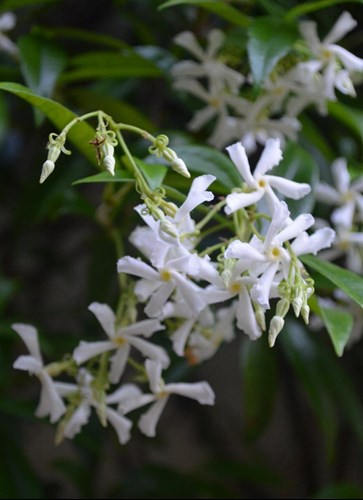 Mandevilla laxa, the "Chilean Jasmine" and Dregea sinensis are both stunners and are the two plants we get asked about most in the garden, as they have good impact even from a distance, although unlike the Trachelospermum both are deciduous. All three of these will grow and flower happily with minimal direct sunshine which makes the doubly useful around the garden. 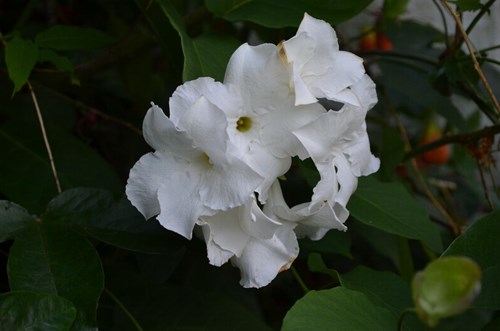 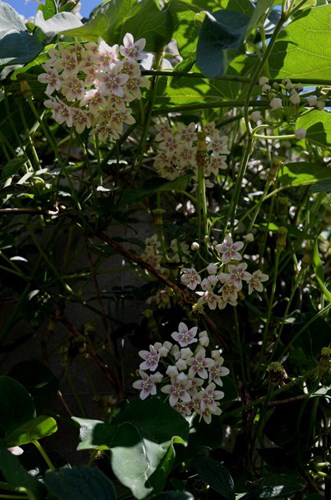 Although several of the summer climbers will still be in flower come September there is one climber that waits until Autumn is nearly upon us before it covers its self in flowers and that is Cobaea pringlei. This spends all winter hiding below ground before shooting up in late April. It's a vigorous grower and by the time it starts to flower will cover a large area. 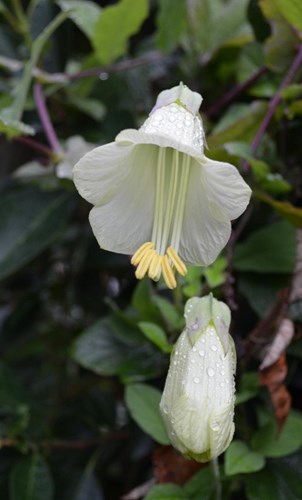 The flowers are spectacular and whilst similar to the more familiar Cobaea scandens they lack the saucer behind the cup and also (unlike C. scandens) this Cobaea is hardy, come December and the show is over and all can be removed ready for the next year.

A Whiter Shade of Pale