Jenny Spiller of Elworthy Cottage Plants with her selection of the best Geums. - 29 April 2016

Geums make wonderful, easy to grow garden plants They are especially useful because they start flowering before the main flush of herbaceous perennials giving colour from April onwards and also provide an early nectar source for bees. Some cultivars will repeat flower until autumn. They have an amazing range of colour and form and many have evergreen leaves which act as good ground cover. 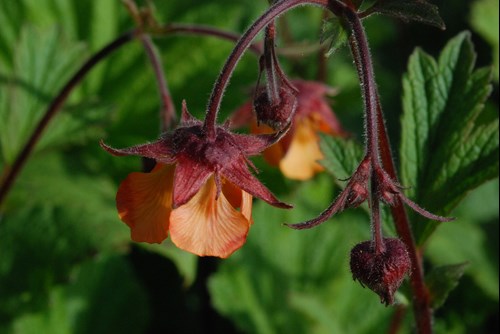 There are many species of geum including two of which are British natives  - Geum urbanum (Herb Bennet) and Geum rivale (Water Avens). Geum urbanum is a rather weedy species found growing in the shade of woodland while Geum rivale grows in more open areas. It is very common on verges and damp hay meadows in the north especially in Durham. Geum rivale is characterised by nodding flowers and is fairly low growing. It is useful for naturalising in damp areas of the garden but will not grow in deep shade. There are many desirable cultivars of Geum rivale, all with nodding flowers in a wide range of colours, including soft orange ‘Marmalade’, soft yellow ‘Lemon Drops’ and the lovely ‘Pink Frills’ with pale pink frilly petals. 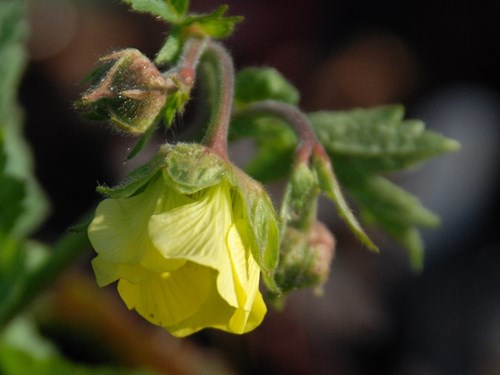 A particular favourite of ours is Geum ‘Snowflake’ which makes a neat compact evergreen clump with pale ivory flowers over many weeks. 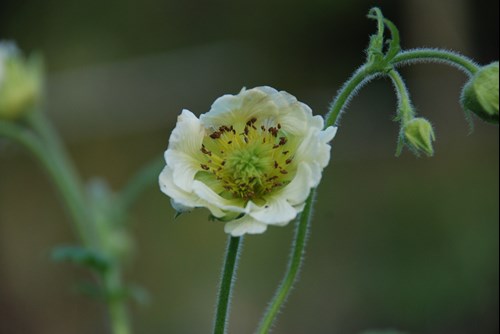 A second major species used in gardens is Geum chiloense. It comes from a cold, wet climate in Chiloe, the second largest island in Chile, so is happy in cool retentive soil and in this country seem equally happy in full sun. It is a taller plant than Geum rivale with longer leaves. There are some exceptionally good cultivars derived from Geum chiloense such as ‘Dolly North’, ‘Prince of Orange’, ‘Princes Juliana’ and ‘Rijnstroom’. All have large, open flowers in various shades of orange. Geum ‘Hilltop Beacon’ is one of my favourites with orange flowers suffused with red and in the garden here it is in flower for longer than any other Geum we grow. All these are good long lived perennials. 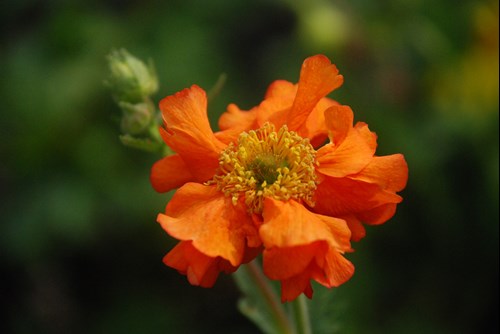 Named varieties do not generally come true from seed and need to be propagated by division in autumn or spring. The best known exceptions to this are ‘Mrs Bradshaw’ and ‘Lady Stratheden’ which do come true from seed, however they tend to be short lived so have to be replaced every few years. Most other Geums are tough, easy, long lived plants as long as they are divided every few years. 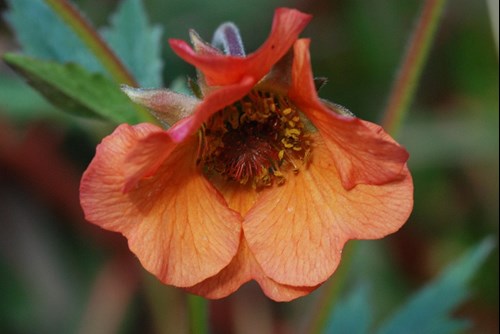 Geums associate well with plants with bronze or purple foliage such as Libertia peregrinans or the red leaved Penstemon, ‘Huskers Red’. They also mix well with plants with mauve  or soft yellow flowers and the taller varieties look particularly good coming through a sea of forget-me-nots.

Geums need fairly retentive soil which is rich in organic matter and is reasonably well drained. Given these conditions they are excellent, easy garden perennials that will give years of pleasure.

Jenny and Mike Spiller run Elworthy Cottage Plants from their home on the eastern end of Exmoor. It is a renowned specialist nursery for herbaceous perennials, with some alpines, and there is also a one acre plantsman's garden which has been developed to blend sympathetically with the natural beauty of the surrounding countryside and to encourage wildlife.