Louise Mitchell, from Mrs. Mitchell's Kitchen and Garden, charts the history of the development of Intersectional, or Itoh, paeonies and chooses her selection of the best varieties. - 27 August 2021

Paeonies grow in wild or species form in many parts of the world from the Mediterranean, through Asia and Russia and elsewhere in mountainous areas – as long as the winters are cool and there is sufficient summer rain to keep the plant alive. Serious breeding and hybridising began in China more than a thousand years ago and then spread to Japan.  Although bush, or lactiflora paeonies were grown, it was the Moutan, or tree paeony, which was most beloved by these early afficionados.

This preference was reversed when paeonies became popular in the West, where bush peonies were preferred and where the plants were originally grown mostly for cut flowers rather than as garden “installations” For the next hundred years peonies were sold as lactiflora and hybrid crosses within the bush peony family and as Chinese or Japanese tree peonies (referring to their place of origin and not to any botanical difference).

In the 20th century this all changed as breeders began to experiment with crosses between the herbaceous or bush family (P. lactifora) and tree paeonies (usually P. yellow lutea hybrids).  At first none of them were successful, but in 1948, after growing over 2,000 hand-pollinated plants, nurseryman Dr.Toichi Itoh managed to produce about six viable crosses. The pollen parent was a lutea hybrid tree peony called Alice Harding (a peony enthusiast and author of “The Book of the Peony”, 1922) and the seed parent was Paeonia lactiflora 'Kakoden'

Sadly, Dr Itoh died in 1956 without ever seeing his plants bloom! But, well indoctrinated to the importance of his work, his family continued to tend and develop them  and eventually, after the plants first flowered in 1964 they allowed Louis Smirnow of New York to name and introduce four.  The new varieties were immediately popular and sold to collectors for hundreds and even thousands of USD!  The four original plants were “Yellow Crown”, “Yellow Emperor”, “Yellow Heaven”, and “Yellow Dream”.  Although, from a horticultural point of view these varieties are not as good as many of the others that have succeeded them, they were an important beginning and some of them, such as 'Yellow Crown',  are still available on the market. Technically speaking, these four are the only Itoh Peonies and all the later ones are Intersectional, but it seems nice to honour Mr Itoh by memorializing his name!

Several breeders in the U.S. have worked extensively to produce new varieties including Don Hollingsworth, Don Smith and currently Irene Tolomeo.  Many of the cultivars currently available in the U.K. were developed by Roger Anderson in the 1990’s.  There is also active breeding of the plants in Canada.  Work on intersectional in the U.K. has been more recent, but several nurseries are now actively involved.  Although prices have mercifully fallen from the very early days, they are still quite expensive – some nurseries still charging over £100 for particular varieties.  This is for several reasons.  First there aren’t all that many plants yet in the country for field growing, so many still need to be imported.  They are sterile, so no seed is produced.  And, perhaps most important from a commercial point of view, efforts to micro propagate them have failed so far, although one or two companies claim to be near success!

So why spend the money to invest in an Itoh/Intersectional peony?  Well first of all, they are very beautiful, with a wide range of colours unknown in other types of paeonies – large, plentiful and upward-facing flowers and lovely foliage, often with dramatic autumn colour. Then, quite a few are fragrant.  Also, Intersectionals behave like their lactiflora parent and die back to ground level for a winter rest.  This makes them hardier than Tree Paeonies, because next year’s buds are safely below ground and not on the branches of the plant.

Itoh/Intersectionals tend to look like Tree Paeonies, but act like lactifloras, so don’t plant them too deeply.  They do best in full to partial sun (at least six hours a day) and in a fairly rich soil improved with compost.  They grow in most any type of soil as long as it is not boggy or parched dry in summer.  If for any reason they need to be moved, plan to do it in early September.  Feed them lightly, perhaps some fish, blood and bone, or a proprietary peony feed, when the growth first shows in the spring and again in late summer (be sure not to leave this feeding too late in the season).  If you mulch them, do it like an automobile tyre around the plant, leaving the area with next year’s underground  flower shoots free to thrive in the winter cold.  Keep well watered in its early years and you should have a magnificent plant for years and years to come! 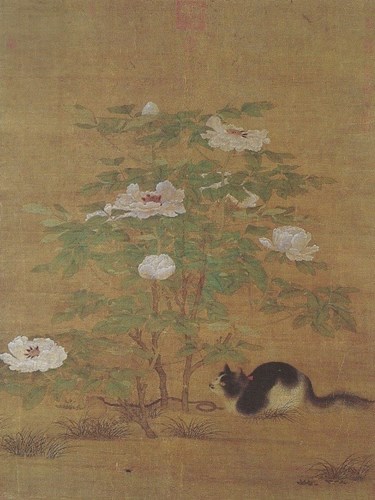 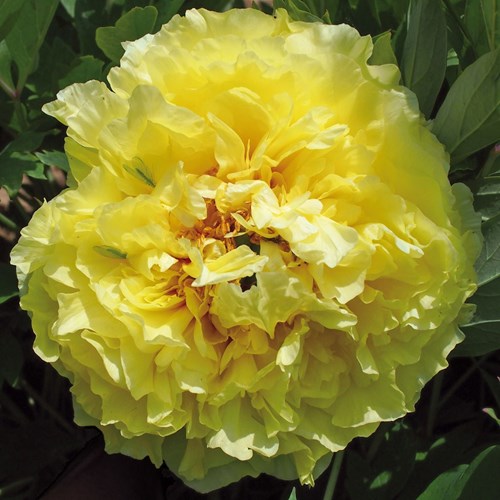 Tree Paeonia 'Alice Harding' – pollen parent of all the early Itohs – found on the internet.  No pictures seem to exist of P. latiflora 'Kakoden', the seed parent. 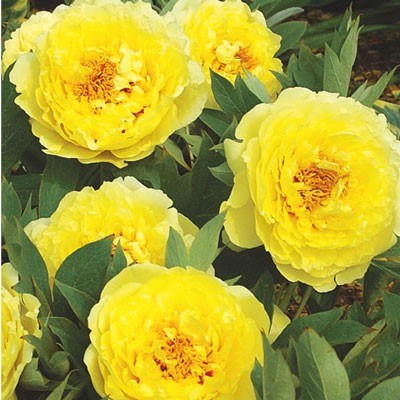 Itoh Paeonia 'Yellow Crown' – one of the original four Itoh Paeonias to be introduced by Smirnow and still readily available.  The flower form of all four of these peonies were very similar and closely resembled their pollen parent 'Alice Harding', but differed slightly in bud shape and size and in leaf.

SOME OF MY FAVORITE ITOH/INTERSECTIONAL PAEONIES 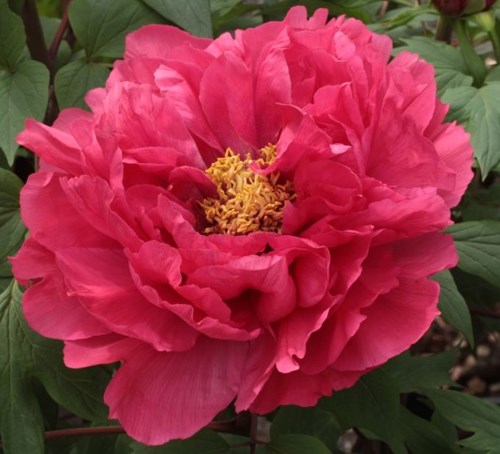 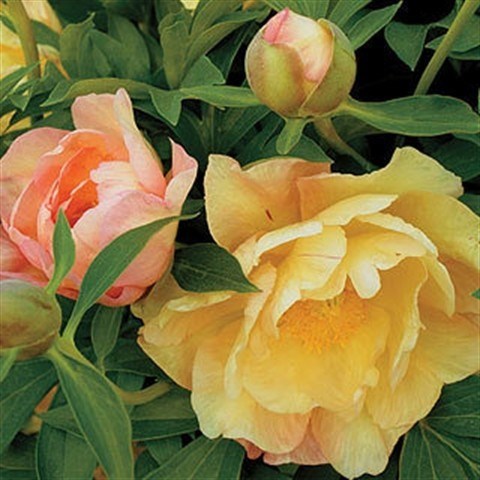 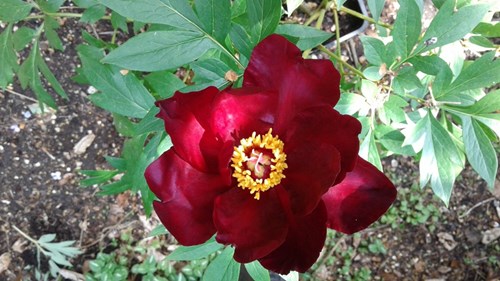 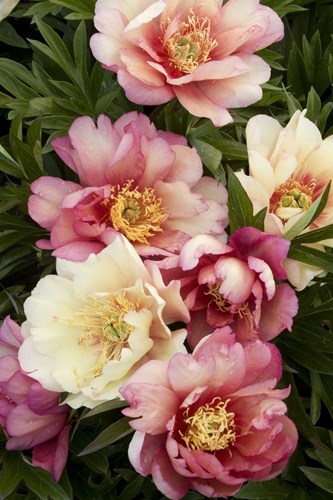 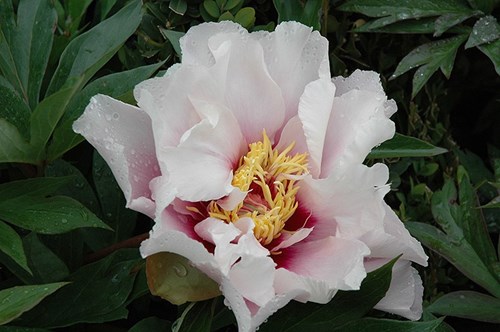 Factual material gathered from various nurseries websites and “Peony: The Best Varieties for Your Garden!' By David C. Michener and Carol A. Adelman. 2017 Portland Oregon.